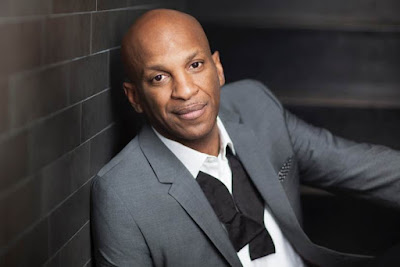 It won’t be surprising if we see Church folks boycott
popular TV series “Empire.” During the premiere of FOX Television’s hit show, Empire, the writers targeted Veteran gospel artiste Donnie McClurkin. “Fashion Queens” star Miss Lawrence appeared on the show. Lying on top of a piano, in a sequin blazer he hyped Becky’s life by mentioning that Donnie McClurkin would be attending an LGBTQ award show.
It is a known fact, that Lee Daniels is an openly gay man and Donnie McClurkin is known to have shared testimonies about his past.

McClurkin didn’t take too kindly to the reference and issued this press release.
“There’s no explanation or understandable reason for the actions people take under the guise of entertainment. When did the art of creative writing resort to penning scripts for shock value and controversy? During the premiere of FOX Television’s hit show, Empire, the writers targeted gospel artist Donnie McClurkin.
There are several ways one can respond to this new form of bullying and the pastor, singer songwriter took to Twitter to share his comments:
“It was brought to my attention via social media that my name was included in a “back-handed” manner during a scene in the FOX show, Empire. What might have been meant for evil, God uses for good! Despite the scripting used by @leedanielsent it has helped bring attention to the gospel of Jesus Christ that I sing and preach, an empowering moment! To my brothers and sisters, thank you for your support, encouragement & love! No negativity towards @leedanielsent let’s show the love of Jesus,” says McClurkin.
“Let this experience be a reminder that as loving Christians we’re called to share the good news of Christ and be examples of God’s love on the earth.”
Therefore, if anyone is in Christ, the new creation has come: The old has gone, the new is here!
Let your life be a testimony.
CONTEMPORARY NEWS Donnie mcclurkin