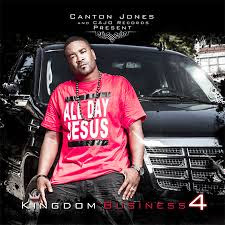 Oxygen Media, which is the familiar home to the reality shows Preachers of L.A. and Preachers of Detroit, has announced the extenssion of its franchise to Preachers of Atlanta, and its cast includes a popular name in  the Christian hip hop genre.

Grammy and Stellar-nominated gospel artist Canton Jones, who released his most recent album God City USA in July 2014, will star as the pastor of Free Life Church in Jonesboro, Georgia, which will hold its inaugural service on Dec. 10.

Preachers of Atlanta will premiere on Wednesday, Feb. 3 at 10 p.m. ET. The rest of the cast is formed by Pastors Corey Hambrick, Le’Andria Johnson, Kimberly Jones-Pothier and Judah Swilley.

“Preachers of Atlanta features a young, vibrant group of pastors who are pushing the envelope and tackling real-world issues in their communities, creating thought-provoking dialogue,” Oxygen Media’s executive vice president of original programming and development, Rod Aissa, said. “The series showcases a new generation of preachers who, through their nontraditional approaches, are unapologetic in their ministry and unafraid to break down boundaries in an effort to drive positive change.”
GOSPEL HIP HOP NEWS