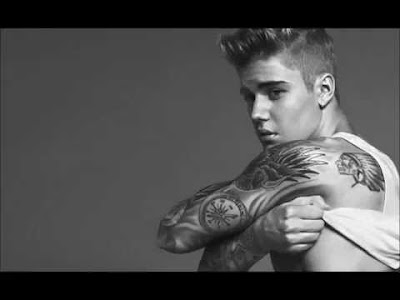 Justin Bieber is continuing to put his best trust in God  forward as someone of influence that claims to rep "Christianity." During a live appearance at the Purpose album's listening party Q&A, the singer who prayed in front of  crowd of thousands and explained how God guides him through his career.

The LA event at the Staples Center on Friday November 13 was called "An Evening with Justin Bieber," and for fans of his both in the arena and watching on live stream, they got a little much taste of the gospel of christ.

As he was announced to the stage to a raucous ovation, the super
cool and confident Bieber yelled out, "What's up L.A.!" as he addressed all sides of the crowd.

Judah Smith, Bieber’s pastor, then took the microphone and said, "It's important for Justin to make an announcement about the senseless acts that happened in Paris and of course the tragedy in Japan."

However, before the singer could even respond, the pastor who came along with him explained Bieber's heart behind the new record.

"Justin's heart on this whole project is to bring people purpose in the midst of pain so we don't want to go any further tonight without taking a moment to pray and acknowledge that there is a lot of people in our world that are in a lot of pain," the pastor said as the crowd began to applaud.

The previously animated and hyped up Bieber humbled himself before God as his voice barely broke a somber whisper.

"God we just come to You right now and thank You so much for Your grace and Your peace God. Though there's these things that are happening that are sometimes out of our control, we trust You and we lean on You during this time," he prayed. "We just pray for Your peace and we need to put our trust in You God, in Your name we pray amen."

The crowd erupted spontaneously with an amen, "You guys didn't know you were coming to church did ya?" said the host.

He then sat down for a Q&A about his new record where he spoke about it being the "biggest" and hoping for the best debut of "all time," but none of that plays any relevance to what he spoke of next.

The question is cut off in the video but Bieber's response is, "I think my relationship with God has definitely grown over the past couple of years. I think what that does for me is it gives me some sort of security and it gives me an anchor, something to hold onto so I'm not just doing this myself. If we have to do this on our own it's going to be way too tough having someone to count on is way special."

Despite dropping 13 music videos and launching his album on November 13, he still took the time to share the impact these tragedies had on his life.

"Still thinking about Paris and my friend Thomas that we lost in the tragedy. He was a part of the team for years and I wish I would've had more time to thank him. Make sure to appreciate people while you have them. Thanks Thomas for everything you did for me. You are appreciated and missed. Thoughts and prayers are with his family & friends #‎PrayForParis" he posted on Facebook.

Watch the full video below and buy the album on iTunes.