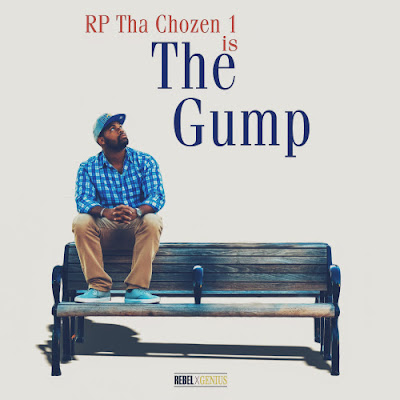 San Diego, CA got a double  boost in the person of  RP Tha Chozen 1 signed to the
Rebel Genius label in San Diego.
The Gump is his latest single and is a story of perseverance in the midst of trial, from his current album The Harvest which features production credits by Carnegie & DJ S.O.M.

RP Tha Chozen 1's track entitled "The Gump" is inspired by the film Forrest Gump which according to him:

The Gump which was written in response to those who seemed to have claimed authority of my Life when I was told time and time again that if I didn't follow the path that others laid out for me then I had no chance. Romans 8:28 says, "And we know that all things work together for good to those who love God, to those who are called according to his purpose." God has a specific purpose for each of us. Nobody has the authority to condemn you, God is faithful and He will provide a way. I personally did not understand the extent of God's promise and "The Gump" expresses my revelation of his grace.