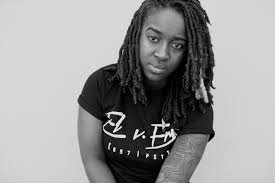 The Gospel Coalition recently asked Jackie Hill Perry, a Chicago-based spoken-word/hip-hop artist on Humble Beast Records, "What are some things about the minority experience in America that whites don't understand?"
Hill Perry, who released her debut album, The Art of Joy, in Nov. 2014, went on to tell a story about telling a story about her husband, fellow spoken-word poet Preston Perry, being threatened by police.
"I remember having a conversation with a friend of mine who lives in Joplin, Missouri," Hill Perry said. "He's a white guy. Joplin, every time I go to Joplin, I'm pretty much the only black person I see the entire time. And I was telling him about a situation with my husband where the police pulled him over and accused him of selling crack and that if he moved and resisted, they would shoot him.
"He's a Christian. He doesn't sell crack. He was living in the hood to be missional while we were courting. And [my white friend] didn't get it. He was like, "That really happens?" I was like, "It happens all the time."
Hill Perry explained that different experiences naturally shape different lenses, and people won't understand people of other races' lenses without conversation with one another.
"As black people, our worldview is so different when it comes to race and justice," she said, "like I don't trust police officers 'cause I haven't seen enough examples of police officers actually using their authority to protect me."