Apple Breaking Self Into Tv Business With Dr Dre? 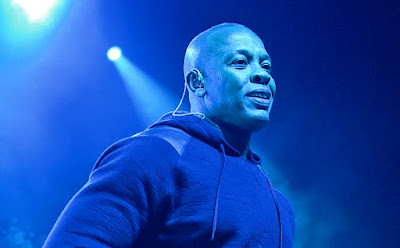 Just after so many years of anticipation by fans of apple products, Apple finally made its way into the TV business, and the rest of the world … like shrugged?
Well, may be a yes. But also, No!
Because it's interesting as far as this goes — but not that interesting anyway!.
Just Last Friday, news broke that Apple was actually making its own TV show: Some kind of biographical series about Dr. Dre, rapper/producer/headphone maker and, crucially, Apple employee.
This was confusing as just not long ago this same company paid Drake a whooping amount just to make Hotline Bling visuals , because while lots of people have predicted/fantasized that Apple wouldn't get into TV business so soon after all, this wasn't how the prediction/fantasy was supposed to work. Instead of buying Netflix, or a TV network, or at least snapping up the rights to must-see TV like the NFL, this was just … a show.


This led some to doubt the veracity of the Hollywood Reporter's story, but that's not the case. If Apple's PR apparatus wanted to knock down a story it didn't want there, let alone one that wasn't true, it could certainly do so as all materials to accomplish it's set goal is to it's disposal.

So, again: Is Apple really getting into the TV business? Yes. But also, not really.

The real answer is more modest: Apple has already been financing video content it uses to market Apple Music — "to extend Apple Music," in the words of an insider. And it's doing that with the Dre show. Full stop.

That's much less exciting than "Apple Is Getting Into TV," but it's more accurate. For an even more accurate, and much more boring headline,

The Drake "Hotline Bling" video that spawned a million memes? Financed by Apple, and while it didn't make a big deal about it, it debuted on Apple Music. It made a slightly bigger deal about the Taylor Swift concert movie it financed, which remains an Apple Music exclusive.

And that's the plan with the Dre show — along with more video content to come — according to people familiar with the company's plans. But that's it.

So, yes — one day Apple could stop viewing videos as things to reward/recruit Apple Music buyers and start making original video, at scale, like Netflix.

But to imagine that scenario, you have to tell yourself why Apple would want to be in that business. Netflix does it to augment its existing business — selling bundles of content other people have already run somewhere else.

Maybe, one day, Apple will get into the TV bundling business, too. But until it does, or it finds some other way to make money from video — and let's be clear, selling the occasional TV show to consumers or other networks isn't a real business for a company Apple's size — video will remain a novelty for Tim Cook.
ENTERTAINMENT NEWS TRENDING