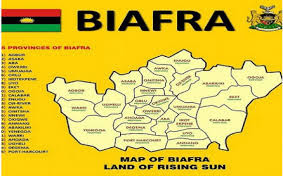 More than one and possibly two tankers have been hijacked in Nigeria over the past week, with reports that Biafran militants are threatening to blow a vessel up unless the Nigerian government comply with their request of releasing one of their imprisoned leaders.
Shipping sources in the country told Lloyd’s List that the situation is confusing, and there are conflicting reports about exactly what has happened and which vessel or vessels are involved.
Some contacts stated that Leon Dias, a 2003-built chemical tanker registered
to a brass plate in Monrovia and believed to be commercially operated by Greek interests, was captured on Sunday.
Other reports have an unnamed vessel being captured on Friday and then either being released, with the crew being held for ransom, or alternatively, still being held.
Until the full facts are established, it remains possible that one incident is being conflated into two, or that two incidents are being conflated into one.
According to widespread Nigerian media reports, armed secessionists of Igbo ethnicity boarded a foreign tanker off Bakassi Peninsula, probably on Friday, and locked the crew in the mess room. The ship’s name and nationality have not been officially released.
The assailants reportedly gave a 31-day ultimatum for the local authorities to release Nnamdi Kanu, a leader of a separatist faction known as Indigenous People of Biafra, failing which they are threatening to blow the ship up with its seafarers on board. The Nigerian navy is said to now be searching for the vessel.
“We cannot wait till the end of the 31 days to tell the federal government that we are serious. The vessel and the crew are under our custody,” said an IPOB spokesman using the name General Ben.
“And any noise, any delay from government, we will blow up the vessel and everybody in the vessel will go down. We are not interested in the country that owns the vessel. What we know is that the vessel was coming to Nigeria to lift oil.”
Meanwhile, a source at Secure Anchorage Area, a joint project between the Nigerian navy and British-owned security companies Ocean Marine Solutions and PGS Group, has issued a high confidence level piracy report that Leon Dias was attacked at around 0010 hrs local time on Sunday. Five crew are being held hostage, and the chief officer was seriously injured.
There is a possibility that two incidents are being mixed up in the various accounts and that only one ship has in fact been taken, SAA said.
However, it pointed out that the statement from the Biafran militants seems to imply that the ship they had taken was a crude tanker, possibly in the aframax or suezmax bracket, and maybe even a VLCC, rather than a chemtanker.
'Strange behaviour'
Given the scant nature of the available information, other experts are reading the situation differently.
Pauline Lemaire, an analyst with Bergen-based Bergen Risk Solutions, argued: “Based on AIS data, Leon Dias is unlikely to have been hijacked.
“[It] does however show strange behaviour. [It] left Lomé on 28 January, heading to Bata, but turned around and has been in Cotonou since Sunday night. It seems clear [it] has not been hijacked by a pro-Biafra movement.”
BRS added in a client note that rhetoric around Biafra, its quest for its independence, and the detention of Nnamdi Kanu has been getting louder in previous months.
However, this weekend marks the first time a pro-Biafra militant group has claimed to have detained a tanker and threatened to blow it up, the company said.
Ian Wilkinson, who manages the PortRisk portal for Copenhagen-based security consultant Risk Intelligence, said in an email to Lloyd’s List: “I can say that this is not terrorism related, and falls more into the realm of kidnap and ransom.
“We believe the vessel itself is no longer hijacked, but we do believe the militants are in possession of some crew members, who they are holding for a prisoner release.”
He downplayed suggestions of political motivation, claiming that many Biafran activists are now motivated primarily by the prospect of criminal gain rather than Biafran nationalism.
BIAFRA BREAKING NEWS GLOBE