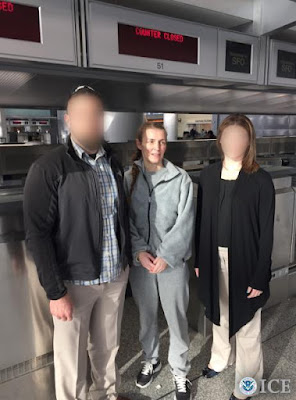 A former California resident has been deported to Turkey for providing materials supporting terrorist group.
Immigration and Customs Enforcement says Oytun Mihalik was flown to Istanbul and turned over to Turkish law enforcement on Friday.
The former La Palma resident entered a guilty plea in 2012 and was sentenced to five years in prison for sending $2,000 to someone in Pakistan. Prosecutors said she knew the money sent in 2010 and 2011 would be used to help fund attacks on the Unted state of America. military personnel and others overseas.
She was released from prison in January.
City News Service says Mihalik, who was a permanent U.S. resident, apologized in a letter to a judge, saying she loved the United States and acted at a time when she was emotionally down.
GLOBE TRENDING