Church to convert to mosque in Chicago 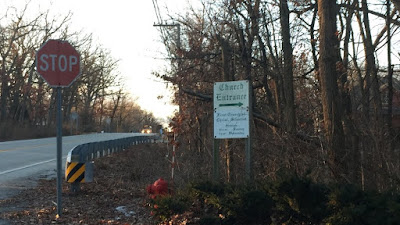 Proposals to convert an abandoned Christian church into a mosque have met a semi strong  opposition from residents of a suburb outside Chicago, evoking bitter memories of two prior battles in which Muslims sought to get local community support for new mosques - one in nearby Palos Heights in 2000 and another a few miles away in Orland Park in 2004.

Officials from the Muslim American Society (MAS), which has chapters across the United States, bought the vacant First Church of Christ, Scientists, on 12300 S 80th Avenue in Palos Park, Illinois, and said they hope to open the mosque in the summer.

Although Muslims in the southwest suburbs of Chicago have several mosques to choose from, MAS officials say that the community is expanding rapidly and another mosque is needed to strengthen the ones that existed already .

But it seems that not everyone agrees with this.

Anonymous flyers were distributed to homes near the proposed Palos Park site warned that an Islamic centre in the area would undermine home values and create traffic congestion.

The flyers, left in mail boxes and in some cases on doorsteps, perplexed MAS officials, who said that their goal was merely to utilise a building that already has government approval to be used as a religious centre.

"We are surprised because we are so involved and engaged in the local community," Oussama Jammal, a spokesman for MAS and a vice president of the Bridgeview Mosque Foundation, told Al Jazeera officials.

"I think it is just one or two people who are distributing these flyers, trying to stir things up. We have no problem with people expressing their opinions and welcome the opinions. We want to meet with our neighbours, though, and explain who we are and what we want to do. We're American, just like them."

Jammal explained that MAS chose the building not only because it was vacant and for sale, but also because it was already "zoned" - government approved - to be used for religious purposes. Religious institutions get special government benefits.

"We have been working together for years to fight for the rights of American people. We supported the healthcare and other projects. We worked with Kid Care, which helped children get insurance in the state," added Jammal, who explained that he works with United Power for Action and Justice, a non-partisan community organisation.

"The group includes Christians, Muslims, Jews ... and many other groups who live in this region and we have been involved in many social issues to make our communities safer in fighting street gangs, to fight for better education, to obtain healthcare, and support legislation to help the disabled. This isn't about a religion. It's about being a part of the this country."

At a public meeting on February 8, local government officials denounced the flyer and described Muslims as "neighbours". But some of the local residents in attendance seemed to share the concerns expressed on it. Despite these complaints, Village of Palos Park officials have said that the municipality will not block the opening of the mosque.
Jammal said he does not believe this is an issue the local government should interfere with.

"We are part of the larger community to protect our streets, protect our youth. This is what the Muslim community is about. Unfortunately, the people don't know what we do."
GOSPEL NEWS TRENDING