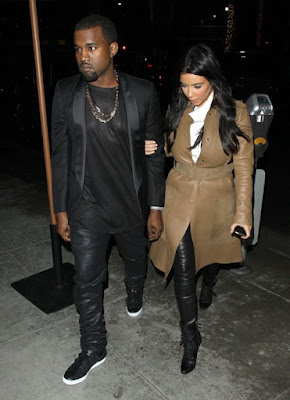 New York Fashion week will not take place in a traditional space. It is not even on the traditional schedule, which lists roughly 150 shows stretching from Thursday morning to next Thursday night.

Rather, it will take place in the behemoth of Madison Square Garden, it  will  this time around feature not only a clothing collection but also an album release party, and will be attended by a selected group of editors, critics and retailers, as well as a much larger group of ticket-buying consumers, who will fill out the more than 18,000 seats and who are paying up to $8,584 on resale sites for the privilege. (The official price of the tickets was $50 to $135.) For those of us who cannot make it, the show will be filmed and screened in theaters across the globe, obviously in up to 25 countries, including Macedonia and Australia.


The event is the debut of Kanye West’s Yeezy Season 3 as well as the unveiling of his album “T.L.O.P.” While you could dismiss the use of mobile phone coverage at this prestigious event as a distraction from the business at hand something else is to happen three days later that casts the Yeezy experiment in a somewhat different light.
On Sunday, Diane von Furstenberg, the founder of the brand that bears her name and, as the chairwoman of the Council of Fashion Designers of America, a pillar of the fashion establishment, will hold her own “experience” over two floors of her meatpacking district headquarters-New York pied-à-terre (she lives on the top floor).
She will invite select guests to filter in and out for over an hour (or to stay and drink and schmooze) to see vignettes of Karlie Kloss and Gigi Hadid, among other major models, acting out real-life situations, choreographed by Stephen Galloway, while wearing pieces from her new collection. Attendees will be able to talk to Ms. von Furstenberg and her team, and otherwise get up close and personal with the clothes in a way they never can with a runway.
And if that were not enough, when Burberry hosts its fall show in London one week later, it will be clad in nostalgia. Come September, the brand will abandon the concept of “spring” and “fall” and present combined men’s wear and women’s wear shows that will be panseasonal. The clothes will be in stores directly after the show.
The three events reflect a tipping point.
“Everyone drank the Kool-Aid for too long, but it’s just not working anymore,” Ms. von Furstenberg said last week. “We are in a moment of complete confusion between what was and what will be. Everyone has to learn new rules.”
This is turning out to be fashion’s season of existential crisis. Suddenly designers are asking big questions about “purpose” and “effect,” re-examining the system on which they rest. And they are doing it in the cold, blue light of the smartphone’s glare. They are doing it, arguably, because of the smartphone’s glare.
Complaints about the fashion show system, a monthlong twice-yearly four-country treadmill to see clothes six months before they reach stores, have been around for a long time: Fashion week is too tiring, too old-fashioned, too crowded. But while fashion people have largely complained about the effect the system has on their own lives and jobs and creativity, today’s problems are driven by a force even more powerful than simple self-interest: financial interest.
ENTERTAINMENT NEWS FASHION TRENDING