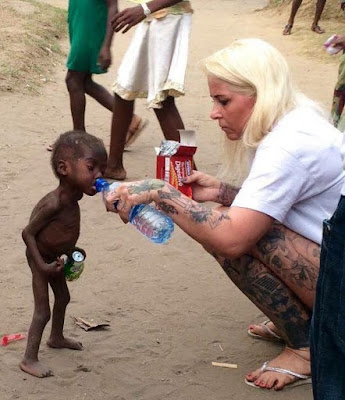 A humanitarian worker has shared heartbreaking images of herself rescuing a starving child in Nigeria, raising awareness around the issue of communities branding children as witches.
Anja Ringgren Lovén, the Danish founder of the African Children's Aid Education and Development Foundation, posted the images on her Facebook page on Jan. 31 and explained the child, who she has named Hope, was likely identified as a witch and abandoned by her family.
"I've seen much here in Nigeria over the last 3 years," Lovén, who lives in Africa, wrote on Facebook.
I have spared you for many experiences when we've been on the rescue operations."
Thousands of children are being accused of being witches and we've both seen torture of children, dead children and frightened children."
This footage shows why I fight. Why I sold everything I own. Why I'm moving out in uncharted territory..."
I have chosen to call the boy hope for right now, we all hope that he survives. He is in the hospital..."
Lovén and members of her organization nursed Hope back to good health and she shared that he was stable after two days under care.
Since posting the image and asking for help with Hope's medical bills, Lovén has raised over $1 million. 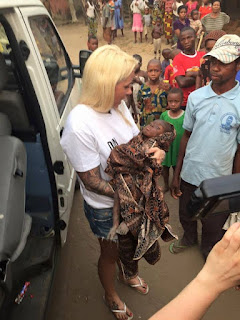 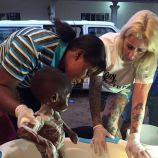