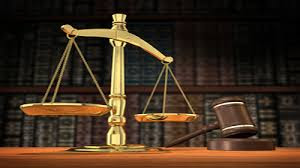 A 35-year-old man, Oladele Oladunmoni, who allegedly poked his finger into the private part of a 3-month-old baby, was on Monday arraigned in a Yaba Chief Magistrates’ Court, Lagos.
Oladunmoni who resides at No. 25, Dagbolu St., Idi-Iroko, Ikorodu, Lagos, is facing a charge of child abuse.
The prosecutor, Insp. Rita Momah, told
the court that the accused committed the offence on January 18 at his residence.
Momah said the accused, who lives in the same building with the mother of the baby, viciously forced his finger into the baby’s vagina.
“A medical doctor who examined the baby, confirmed that she was defiled.
She said the offence contravened Section 137 of the Criminal Law of Lagos State, 2011.
NAN reports that Section 137 prescribes life imprisonment for offenders of child rape.
The accused, however, pleaded not guilty to the charge.
The Magistrate, Mrs F.A Adeeyo, granted the accused bail in the sum of N500, 000 with two sureties in like sum.
She adjourned the case till March 14 for mention.
GLOBE