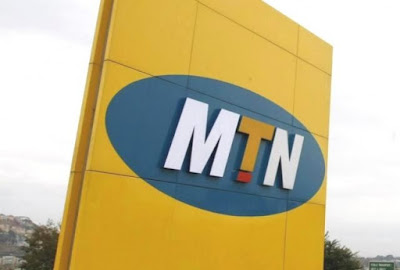 Wednesday, MTN paid Omeje Fidelis, who won an MTN promotion in 2012, N1.85 million which was the remaining balance of his winnings. The telecommunications guru made the payment in compliance with an order by the Consumer Protection Council (CPC) to release the remainder of Mr. Fidelis’ winnings by February 15, 2016 of face it's wrath.

According to Mr. Fidelis who won in the Mtn Wonder Promo which took place in 2012, he participated in the promo and was informed by MTN on October 10, 2012 that he had won N2 million in the Ultimate Wonder Promo.  Then, on October 12, he received a text message from Mtn informing him that the presentation ceremony was fixed October 19 at the Nicon Luxury Hotel, Abuja.
The complainant asserted that during the ceremony, he was presented with a dummy cheque of N2 million. He was then paraded before the media and the world as the winner of N2 million.
However, roughly a month later he received a call from MTN that he would be receiving N150,000 via a Verve ATM Card instead of the promised N2 million.
In a statement providing the reasons why it was ordering MTN to pay Mr. Fidelis, the CPC sighted the “highly flawed” prize nomination process.
“The process of the MTN Ultimate Wonder Promotion whereby the verification exercise was conducted after winners were identified, declared and winnings presented publicly is grossly flawed, lacking in transparency, inequitable and apparently calculated to deceive consumers.”
“The CPC, on the strength of these observations, therefore directed MTN to pay within 14 days of receipt of Order, the sum of N1,850,000 being the unpaid part of the N2m prize won by the complainant in the 2012 MTN Ultimate Wonder Promotion”.
GLOBE TECHNOLOGY TRENDING