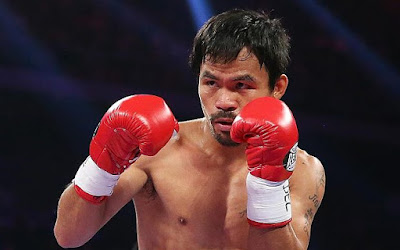 Manny Pacquiao is being hit by some major blows off the ring. We live in a world where the truth has become perverse and lie is the new truth. Imagine a man apologizing and losing his contract for speaking the truth.
That was the case of the Philippines’ professional boxer who compared gay people to animals in an interview on TV5.
Manny had said:

He later apologize for the statement on his social media page saying:


I’m sorry for hurting people by comparing homosexuals to animals. Please forgive me for those I’ve hurt. I still stand on my belief that I’m against same sex marriage because of what the Bible says, but I’m not condemning LGBT. I love you all with the love of the Lord. God Bless you all and I’m praying for you.

However, Footwear maker Nike Inc., where Pacquiao is a brand ambassador does not seem too forgiven has it has been learnt that the company has fired the boxer over his comment describing it as ‘abhorrent’.
In a statement issued yesterday, Nike said:
“We find Manny Pacquiao’s comments abhorrent. Nike strongly opposes discrimination of any kind and has a long history of supporting and standing up for the rights of the LGBT community. We no longer have a relationship with Manny Pacquiao.”
Pacquiao doesn’t seem too bothered about the development as he is seen carrying on his daily routine while he prepares for his final fight with Timothy Bradley this April.He is also contesting in his country’s election for a senate seat this May.
ENTERTAINMENT NEWS SPORTS TRENDING