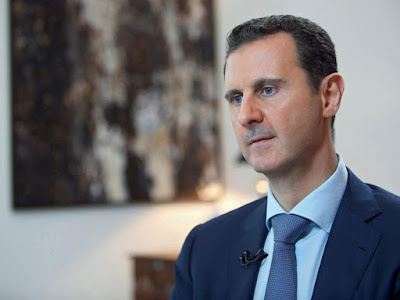 The President of syria  Bashar Assad has  said in an interview that  he would continue "fighting terrorism" without relent  while peace talks continues to take  place, seeing a risk of Saudi and Turkish intervention in the Syrian conflict, according to an interview with news agency AFP published on Friday.

Assad said he would retake the whole country, but that this could take a long time, according to excerpts of the interview published on AFP's website.

The interview, which AFP said was Assad's first in about two months, took place in the Syrian capital, Damascus, on Thursday before the conclusion of talks in Munich where major powers agreed to a ceasefire in Syria to begin in a week.
GLOBE POLITICS TRENDING