The Nigerian military to close markets in Yobe, Borno where the Boko Haram sect trades 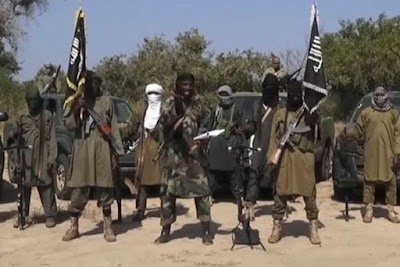 The activities of traders  engaging in illegal trading activities with the Boko Haram sect  is sabotaging the successes recorded in the ongoing war against the Boko Haram insurgency with the military, the Nigerian Army has said.
In a statement  onTuesday, Sani Usman, The Acting Director of  the Nigerian Army Public Relations, said the traders engage in illegal commercial activities such as trading and smuggling especially during late hours in this cities.

“This is more prevalent in some towns and villages within the North East especially in Borno and Yobe States,” Mr. Usman, a colonel said.
“The unpatriotic and selfish elements have clandestinely been aiding the terrorists with logistics and other supplies, through smuggling and other forms of illicit trading, thus sustaining them, while the merchants of death make money out of it.
“Consequently, the Nigerian military and indeed the Nigerian Army is highly concerned with these unpatriotic acts. The Nigerian Army is therefore taking some drastic steps to curtail this illicit trading with the terrorists.
“From now on, some markets identified to be engaging in this illegal trade with the adversary in Borno and Yobe States will be closed. Any breach of that would be dealt with accordingly. The General Officers Commanding and other commanders have been directed accordingly.”
Mr. Usman said that despite some setbacks – such as two soldiers arrested with unauthorized military equipment – the army was able to record “tremendous successes” in the fight against insurgency in the
“Troops of 7 Brigade Quick Reaction Force (QRF), Multinational Joint Task Force, yesterday inflicted casualties on Boko Haram terrorists, thus causing a major setback to the insurgents,” said Mr. Usman.
“This feat was achieved when the troops staged an ambush against the terrorists at Kekeno, Kukawa Local Government Area. During the operation, the gallant troops killed 5 suspected Boko Haram terrorists, recovered one Toyota Buffalo vehicle, 3 AK-47 rifles, 2 knives, a horse and other locally fabricated weapons.
“The insurgents were believed to be on a retaliatory mission following the killing of a suspected Boko Haram Ameer during an ambush by our troops at Kekeno.”
Mr. Usman also said troops of 118 Task Force Battalion patrolling Mile 90-Kekeno general area killed one suspected Boko Haram terrorist and captured two other insurgents.
“Similarly, troops of Army Headquarters Special Forces on patrol to Yale came across Boko Haram terrorists camp at Bulagana, cleared the camp and rescued 40 civilians held hostage,” he said.
“Unfortunately, one soldier sustained gunshot wounds during the operation. He has since been evacuated and is responding to treatment.
“In the same vein, 151 Task Force Battalion of 21 Brigade while on patrol encountered Boko Haram terrorists at Budumri village during which they killed 25 Boko Haram terrorists and arrested 8 other terrorists.
“The troops also rescued 103 civilians held hostage by the terrorists. They also recovered 1 Golf car and quite a number of motorcycles and bicycles. The troops also cleared terrorists camp at Bolungu village. The same unit also rescued 181 persons and captured 8 Boko Haram terrorists.
“Among those rescued, were 18 men, 90 women and 77 children. The screening and profiling of those rescued is ongoing before their movement to IDP camps, while those arrested are being interrogated.
GLOBE TRENDING