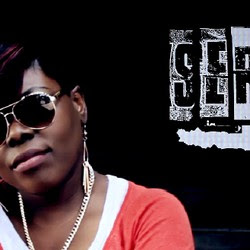 NYC Female Rapper "Serious" boldly declares that closed doors and disappointments will not stop her. A genre that only promotes light skinned, scantily clad women, will not stop her either. If you've ever experienced any kind of hurt you should not stop too. HERE GO YOUR ANTHEM! Watch the video, listen to the lyrics and let it encourage you to be the best you can be. Download the track via http://soserious.net on Jun 22.


Serious is a female rapper/singer that brings a heavy dose of hip hop, laced with new school and old school tones. Classified as an inspirational rapper, Serious is often told she sounds and looks like Grammy rapper/producer Missy Elliott, but Serious is just a different brand of artist once you partake in the "experience". The award-winning rapper was recently showcased in national publication ESSENCE MAGAZINE for her versatility.
Serious knew from the age of 12 that she was created to rap. She didn’t know how things would work out but kept working on her craft.

She was 21 years old, on missionary work in Johannesburg, South Africa and was asked by the perform at a stadium concert. After giving up on her gift for over 10 years she was very reluctant, but was obedient. That day Serious impacted many and knew that she would never give up on her gift.
After her missionary work was complete, she headed home to record YES, a song tha took many locals in the New York Tri-state area by storm in 2000.Then in 2009 she felt the very strong urge to take her music to the next level and began to seek out better producers, management and the like.
In 2011 she signed a deal with Holywood Records, a Florida based label. During that year she auditioned for the Staten Island Gospel Fest and became a finalist and was honored to minister to folks from across the tri-state area. That same year, coordinators at WIADCA, a notable “secular” Caribbean organization that furnished scholarships to youngsters in addition to taking part in the Labor Day festivities in NYC invited Serious as the first and only female Christian rapper to perform on the Brooklyn Museum stage for the WIADCA GospelFest.
Serious released Are You Serious Vol 1 in January 2012. The mixtape was available on all major Christian hip hop sites and Datpiff, garnering over 11k downloads.
In August of 2012, Serious was nominated as Female Rap Minister by the Kingdom Choice Awards Committee. Since the nomination, she has successfully toured various parts of Texas with her SAAB message, touching the hearts of women by simply testifying and sharing her music.
Now under the label Serious PPL Music, which is headed by Christopher James, Serious continues to tour and do local and national shows. She is currently working on her debut album and is on her three year long tour called (Stilettos & A Book) SAAB.
Kingdom Choice 2012 Female Rap Artist of the Year Nominee
*Staten Island Gospel Fest finalist 2011
* Higher Calling 2012, Brooklyn, NY
*Featured in Caribbean Life Newspaper, May 2012 (interviewed by Award winning journalist/[photographer Bill Farrington)
*Featured on front cover of Winds of Hope Magazine, March 2013 issue
*Garnered upwards of 15k for her debut mixtape “Are You Serious” hosted by DJ Free and DJ
Kingdom and Brooklyn Edition
*Ministered at the Brooklyn Museum, NYC premiere stage for WIADCA Summer Concerts
Series Summer 2011
*Featured on The Barry M TV Show in Gainesville, Florida in 2011
*Finalist at NY Staten Island Fest 2011
*Successfully toured Johannesburg, South Africa in 2005
*Yes Tour 2010: Covering East Flatbush, Bed Stuy, Crown Heights, Brooklyn
GOSPEL HIP HOP VIDEO HIP HOP VIDEO MUSIC