Mother Teresa To Be Made A Saint By Pope Francis 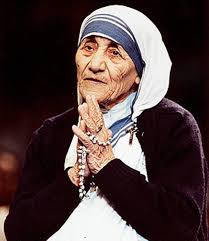 The date falls on the eve of the anniversary of mother teresa's death, which occurred on September 5, 1997.
GLOBE GOSPEL NEWS TRENDING