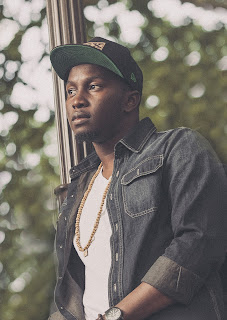 Atlanta, GA: Good Fruit Co. is thrilled to announce that Toronto based emcee, Promise has joined the team.  As a songwriter/artist who has never been anything short of himself, and who has consequently been able to carve out a natural yet profoundly unique space somewhere between urban hip hop and soulful ballad, Promise mixes perfectly with the beat and tune of Good Fruit - particul
arly because he, too, is in pursuit of excellence, creativity, and uncompromising authenticity. As said by Royce Da 5'9, Promise is "/definitely MORE THAN MUSIC/."

Promise's work ethic and songwriting ability has not gone unnoticed. Drake himself comments, "/ASAP P! That's my dude/." His work ethic is unmatched. "

Montell Jordan agrees, saying: "/The only difference between Promise and Common is a label! His hustle alone is an inspiration to me/."   Elzhi of Slum Village also raves, "/Promise can write… he's an artist's artist/."

Promise has garnered continual attention and recognition for his work, being featured with artists like Drake, Montell Jordan, MC Jin, and Christon Gray; he was also formerly a part of Duck Down Records. In addition, his song "Better Than You" was featured in NBA2k11, with Promise himself being a "celebrity character" that could be picked in the game.