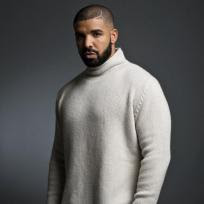 Ahead of Friday’s release of his new album VIEWS , Drake has
gifted fans with the tracklisting.
The 20 tracks do not include any features, but that doesn’t
mean no guests will appear on the project. After all, Kanye
West and Jay Z show up on “Pop Style” and Wizkid and Kyla
are featured on “One Dance,
” but none of those names show
up here.
The album, which is now simply titled VIEWS , also features
songs that have previously surfaced online. That includes the
Pimp C collaboration “Faithful,” for instance, and the Popcaan-
assisted “Controlla.” Another familiar cut, “Hotline Bling,” also
appears on the album, though it only shows up as the bonus
closer.
On the eve of its release, Drake will premiere VIEWS during a
special episode of OVOSOUND Radio at 10 p.m. ET on Beats
1.
See the full tracklisting below. 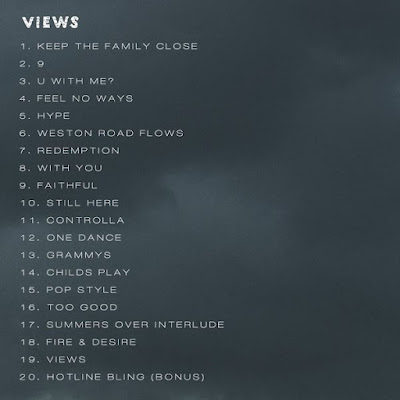