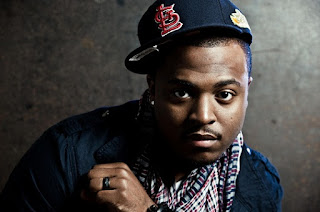 FLAME in a recent interview cleared his thoughts about
the hot buzz topic of “Christian rapper vs
rapper that’s Christian.”
He said coming up with Cross Movement was
like having that “new indie brand.” Flame
said there were groups out there winning
souls specifically through the church on a
small level while guys like KJ-52, John
Reuben, DJ Maj, and so on, were blowing up
on the charts and winning Dove Awards
through Christian music on a larger scale.
FLAME said this is similar to now with a
group of artists that have chosen to “just
really enjoy the artistic expression of rap, but
they just happen to be Christians.”
He continued, “That expression has been
helpful in many ways…it always has its
place, but I want to respect them by not
calling them Christian rappers because they
asked us not to do so.”
FLAME believes it’s a good thing that people
are introducing “genre specific titles” so we
know exactly what we are looking for in
music.
The emcee believes no one should be
ashamed of the music they do whether it is
geared toward Christians or geared toward
the mainstream with Christian values. He
believes God can use it, and if the artist does
not do anything to compromise God, it can be
effective.