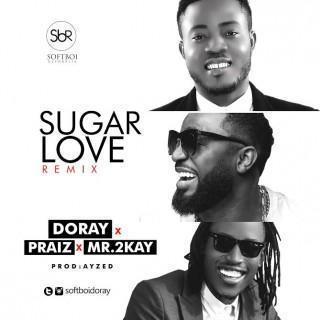 Fast rising RnB prodigy, Oluwatosin Ajayi well
known as Doray is set to release the remix of his
single Sugar Love. Following the success audio and
the visual of Sugar Love, his first single,
The artiste who issigned to SoftBoi Republik
,collaborates with RnB maestro Praiz and Afropop
king, Mr. 2kay on the remix.

The song enunciates the chivalrous acts of a lover for
his woman. With rhythm that will keep its audience
gyrating, this song will be an anthem for lovers as well
as music lovers. RnB can never go wrong and this is
further expressed with the lyrics of the song that
speaks volumes of meaning especially for lovebirds.
Produced by the fast rising music producer, AZED who
has worked with notable names in the industry. The
song which was released on the 24th of June,2016 for ownloads exclusively on MTN Music Plus
DOWNLOAD
HIP HOP MUSIC TRENDING