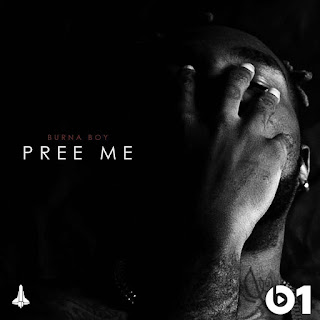 Burna Boy is back with a brand new Leriq produced joint titled ‘Pree Me‘ which he premiered on Apple’s Beats 1 radio show with host Julie Adenuga.
The singer who was banned from the UK for five years due to his alleged involvement in a gang related crime arrived London today, June 29, 2016 for his upcoming concert and birthday bash.
According to him, “I’m not going to go into the

whole story because obviously right now I am 23
years old, I am going to be 24 in July. I lived in
the UK for a bunch of years before 2010 and until I
was 20. Obviously my parents are not the richest
in the world, and I am not the brightest kid in the
world. I felt I had to do what I had to do at the
time”. the bloggers who reported the story of his
alleged baby mama, Uju Stella , played
themselves by not confirming if the story was true.
The singer was recently granted pardon to regain entry into the UK following an alleged involvement in a gang related crime which he denied however. And He received a warm welcome from fans at the airport. Burna also announced that he would be dropping a new 7 track EP titled Redemption that will be dropping on the 8 of July. One o fthe tracks off that EP is the reflective Pree Me that has Burna speaking on disloyal friends and those that are intent on his downfall. While we await the Link for download!, You can listen to his new joint onApples Beat 1 Radio
HIP HOP MUSIC TRENDING