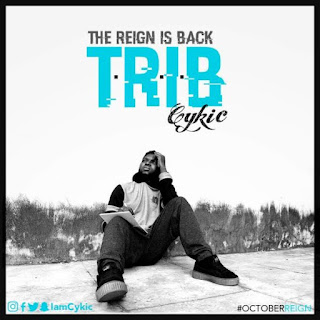 2 years ago we witnessed the phenomenal birth of “October Reign” collective. We haven’t heard much from the rapper Cykic since except collaborations and features with other artistes.
Cykic who was formerly known as Wallz breaks the silence with the release of a brand new track titled #TRIB (The Reign Is Back).
Just like his October REIGN collective, the sequel follows a similar release template. Cykic will be dropping a new song every week in October. Starting off this series is #TRIB produced by GAMiE BeatJockey and STO on the mix/master. Additional vocals by Dammy Isaac.
DOWNLOAD
GOSPEL HIP HOP TRENDING