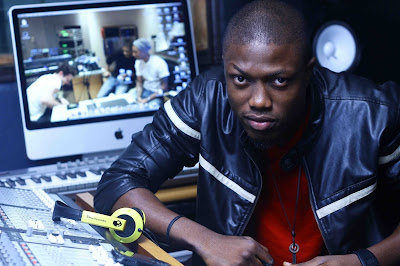 It's no news how past and present government have all contributed there share of downing the economy  in one way or the for what is perceive as selfish interest, one of nigeria's best hands in the industry finally took to his social media handle to pour his heart on the poor depleting state Nigerians live and and to make matters worst trying to cut off a lay man's source of fun and income.


💣💣
The “King Kong” crooner is currently unhappy about how the present government is “running things”. Hence, Vector took his ire to the social media. The rapper penned a lengthy epistle warning the federal government about it’s latest intentions to hike the cost of data and use of the internet.
Vector is of the opinion that an increase in the cost of internet data plans will hamper the burgeoning music industry, which is perhaps the most productive sector of the economy in present times.
Read his thoughts below:
Dear federal government,
You have come a long way with your policies and rule. You have concerned yourself with nothing but the present hence making it look like the constitution has to be remixed and renamed “Your WILL” before your demise. You have ignored the children you saw grow and focused on the ones from your sperm cells and ovulation that you aren’t seeing grow because they have been shipped off to “better grounds” for eductaion. You have put your wives in other rooms BUT that of improtance forgetting (if you married a good woman) they balance you when you go astray. You have failed to embrace the spirit and letter of the Almighty you worship be it any religion. You have failed the man you see in d mirror because he isnt a beast or metaphysical beign you don’t understand. No, He is the posterboy/girl for greed. You have forgotten how you felt when you were coming up but remember this… you will not forget how you fall. Your money… my bad… our money you take will shame you when you need it the most. The hustling are finding ways to be better but you just want to take from them without giving back. You focus on chasing thieves but never focus on securing the vault they steal from. In the hsitory of our existence as a generation, we have never gotten levelled platforms to play as we have gotten with the internet. The people have become more exposed to business ideas, global news, information sharing from continent to continent between seconds. Industry has gotten global awareness because of this.
Music has started to look better just because with data you can put up your craft be it music or painting or write ups or poems or comedy or pets or life to make people happy in a steady sinking world of frustrating conflicting governance and hustle.
You concern yourself with your percieved negatives over the objective positives. You are killing the future of Nigeria. You are killing the future of Nigeria. Internet is almost free in a lot of “advanced” countries too. Be careful Nigeria… don’t ruin yourself.
DON’T!!!
ENTERTAINMENT NEWS HIP HOP NEWS TRENDING