ASAP Rocky’s home gets robbed of $1.5 million worth of property 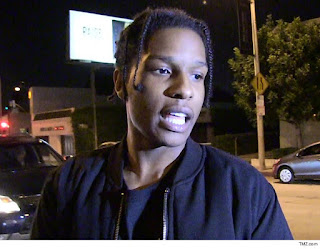 Just of recent it was Nicki minaj falling victim to buglers, now Asap Rocky gets his own share of the cake, the multi million doller record selling artiste's sister was forced by three yet to be identified men to show them round ASAP's mansion while they grabbed properties worth 1.5 million dollar and
made away in their car, the gang who also tried to a failed attempt to loot Rocky's safe was unable to because rocky's sister didn't  know combination to his safe box which they abandoned on the sidewalk.
ENTERTAINMENT NEWS HIP HOP NEWS TRENDING