Nothing But Butt And Boobs- Ras Kimono Reggae Veteran || @kamikaze_pilot 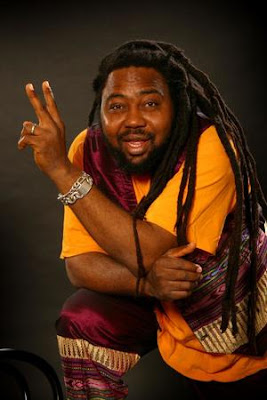 The Nigerian reggeae veteran fired heavy shots on Musicians via his interview with PUNCH NEWS Sunday Scoop, In his words, he was quoted saying:


“Music is supposed to be a weapon of social change," he said.
"A musician is supposed to be a prophet who speaks the truth as it affects everybody in the society. But can you tell me what these young artistes are preaching about.
"They do nothing but sing about butt, boobs and other mundane things that do not add value to anybody.
"It is not a bad thing to sing party or dancehall music but there is a problem when 95 per cent of the music out there sound the same and don’t even have any meaning.
"Most times, I listen to these songs and get angry. Look at the musicians of yesteryears, the songs are still relevant today, decades after they were originally released.
"But if you listen to a song that was released just last year, you may want to throw up. That’s because those songs have very short life-span.
"After people dance to it for some time, they dump it in the trash bin of time and move on to the next song.
"That is not what music is supposed to be about. People still play Fela’s music today because it still has something to offer.
"Reggae music, which I do, dwells on topical issues bothering the society. I really want the younger artistes to have a change of heart and think of the future; it is very important.”
ENTERTAINMENT NEWS TRENDING