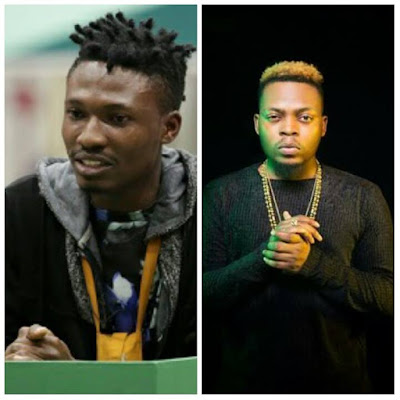 As so many Nigerians at large have taken turns on the just concluded Big brother naija winner 'Efe' to criticize his musical career and some of his fans even going all the way advising him to have a rethink on his choice of pursuit, here's one man who believes concrete strong in Efe, Olamide in a recent interview with soundcity radio describes Efe as someone he sees Passion, hunger and zeal when ever he looks at him, With the look of things after the exit of Adekunle Gold and Keshi, The YBNL boss might be looking to offer Efe a deal if he remains fit and consistent with his chase.