Wizkid Announces Date For "Sound From The Other Side" || @wizkidayo 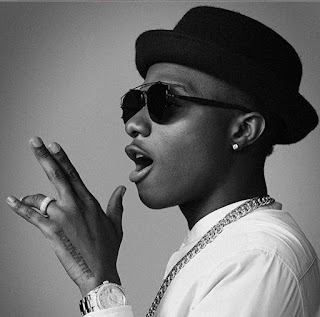 Ahead of the game and star boy representing, Wizkid definitely needs no introduction in the industry. The 3 billboard and 7 nominations award holder in the just concluded event at the T-Mobile Arena in Las Vegas, United States just can't stop beating his contenders and want to be hands down, even though i'm a fan of creative minds (please Don't take this too personal )  but he's actually the best solo guy i've heard around here all year long till present. In recent interview with Revolt Tv, Wizkid announced July 7th, 2017 as the official release date of his 'SFTOS' (Sound From The Other Side). So we just bracing up to heard real sounds from the other side, May be the dark side or white we just gonna sit tight, watch and wait on what he's serving..
ENTERTAINMENT NEWS HIP HOP NEWS TRENDING