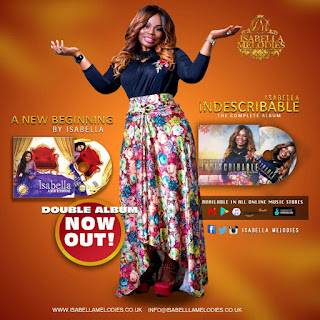 Isabella who has been instrumental to the growth and contribution of soul lifting gospel tunes in the country puts out an unexpected double album which according to her is a prophetic step she always keeps to, you can recall in 2012 when Melodies released her 2nd and 3rd album  and also followed it up in 2014 with the release of her 4th and 5th studio album. The double which is a compilation of 23 songs originally written by Isabella melodies is titled 'A New Beginning & Indescribable'