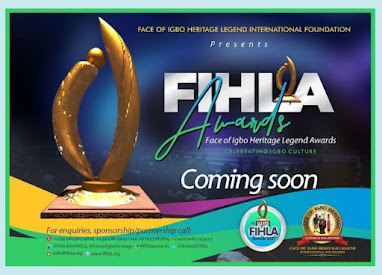 Face of Igbo Heritage Legend Awards FIHLA has been described as one great move that will change the global perception of the Igbo people.

The event which is being put together by the Face of Igbo Heritage Legend International Foundation is said to be a move that will encourage more positive change in the Igbo story, according to the founder of the organization Mazi Uzochukwu Nkweatu.Mazi Nkweatu said that the organization which is established to discover and empower Ndi Igbo as agents of preservation, enhancement, and promotion of their rich cultural heritage, will go further to celebrate those who are already doing that through the award.“The award is just part of what our foundation is doing. Our major goal is to encourage life-changing activities that will promote Igbos as individuals and a group”
“We encourage Ndi Igbo irrespective of their age and gender to build dreams that will offer us a better tomorrow without compromising their integrity and self–worth. We are strategic about what we are doing, working so hard to breathe life into the existence of Igbo language, culture, and traditions at the global stage”, he said.Mazi Uzochukwu Nkweatu further stated that the Face of Igbo Heritage Legend International Foundation is partnering with relevant Igbo organizations home and abroad to achieve their goals, adding that making the Igbo nation great globally is a collective goal. 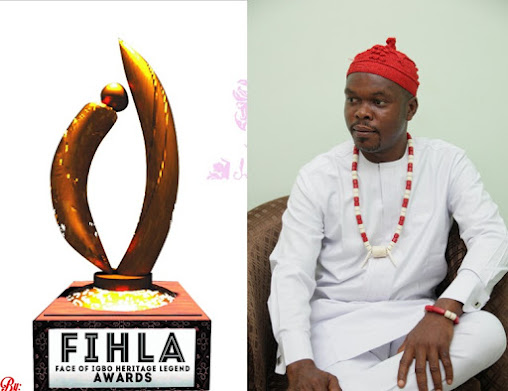 “So far we have the backing of the South-East Council of Traditional Rulers because we want to start from the root. We are also working in partnership with Ohaneze Ndi Igbo Worldwide, and these strategic partnerships will ensure that individual goals of every Igbo-based organization are carried along towards the ‘greatness goal’ we are working on”With FIHLA Awards expected to take place this year, the group is also working on building a strong background with the likes of the former Chairman, Police Service Commission, Sir Mike Okiro IGP (rtd) as their ambassadors.Mazi Nkweatu further stated that the organization is always open to partnership listing Face of Igbo Heritage Pageant alongside the Face of Igbo Heritage Legend Awards FIHLA as some of the projects they have for the year.
NEWS TRENDING